Congressional efforts to secure meaningful immigration reform and to pass the Adoptee Citizenship Act are ongoing but generally stalled. One possible tweak to the ‘immigration registry,’ however, could help millions of undocumented people, including many intercountry adoptees who have lived for decades in the United Status but still do not have US citizenship. Here’s how the registry works and who it could help if it is changed.

Update (December 7, 2021). While Senate Democrats submitted a “Plan B” immigration proposal to the Senate parliamentarian that included an adjustment to the registry date, the Parliamentarian ruled it out of order. A “Plan C” is now proposed that would allow undocumented people to apply for “parole,” a process that could lead to the person’s lawful presence in the United States.

Two years ago I drafted a legal memorandum about updating the U.S. ‘immigration registry’ and how that tweak could secure a path to citizenship for intercountry adoptees in the United States. It was part of an overall effort by a number of lawyers to explore legal options in the face of the stalled efforts to fix a legal loophole that has denied U.S. citizenship to thousands of intercountry adoptees. The original memorandum is here, and I have included portions of what I wrote below. I also outline what updating the registry date would mean to millions of people who currently have no meaningful path to citizenship, including intercountry adopted people living in the United States.

What Is the ‘Registry?’

The so-called “registry” provision of the Immigration and Nationality Act provides a way for persons who have resided continuously in the United States but do not have current legal status to apply for and receive, at the discretion of the attorney general, admission as a legal permanent resident. It currently applies only to people who who entered the United States prior to January 1, 1972. It is often known informally as “the registry” or by Section 249.

The registry has been in U.S. immigration law for nearly 100 years. Congress first included a registry provision in the law in 1929, and it applied to those who had entered the United States prior to June 3, 1921. Over the years, Congress adjusted the date periodically, as follows:

The registry date—which had previously been adjusted on roughly generational time frames of 20-25 years— has not been adjusted for decades, resulting in a nearly 50-year gap between the registry date and the current year. The Clinton Administration sought to adjust the date to January 1, 1986, but those efforts did not lead to a change. Congressional representatives have continued to introduce bills for many years to adjust the date, but those bills have never passed. Because the date has not be adjusted, fewer than 100 people have used the registry to become legal permanent residents during the 2018 and 2019 fiscal years. 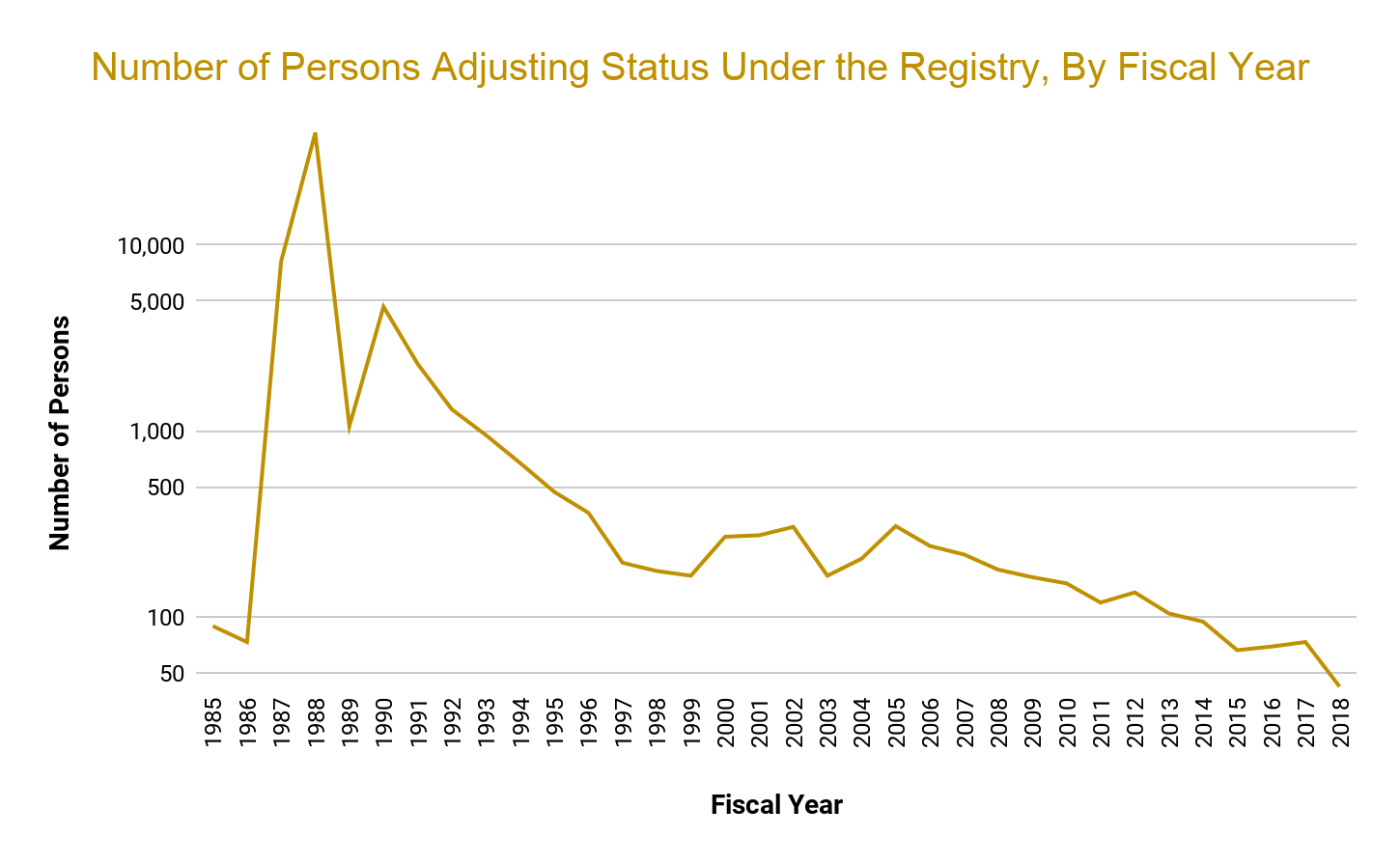 Who Does the Registry Help?

The registry is viewed as a way to secure a path to citizenship for people who have lived continuously and without issue in the United States for a set period of time but have no current way to become U.S. citizens.

What are the Current Requirements of the Registry?

The registry provision currently applies only to those people who entered the United States prior to January 1, 1972. In addition, the law requires that the person

What is Being Discussed or Proposed Today?

When the Senate parliamentarian recently rejected a Democratic plan to use procedural rules to pass comprehensive immigration reform, efforts moved to pursuing a “Plan B.” That plan has allegedly included an effort to adjust the registry date, which could affect up to 11 million undocumented immigrants, depending on what date is agreed upon.

How Many People Would Benefit from an Adjusted Date in the Registry?

How Could a Change in the Registry Help Intercountry Adoptees without Citizenship?

An adjustment to the registry date would help two primary groups of intercountry adoptees without U.S. citizenship:

An adjusted date to 2010 would cover the vast majority if not all of these two groups of adoptees. I currently have four clients who would directly benefit from a change in the registry and would, as a result, have a clear path to U.S. citizenship. I also know of many others who would also benefit from the change.

Will It Help All Intercountry Adoptees without US Citizenship?

Conversely, an adjusted registry date would likely benefit a class of adoptees who may ultimately receive no immediate relief from passage of the Adoptee Citizenship Act of 2021.

Does it Provide Citizenship if you Qualify?